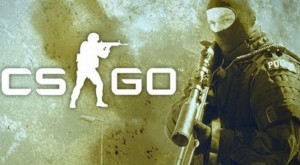 It has been 15 years since Counter Strike was released by Minh ‘Gooseman’ Le and Jess ‘Cliffe’ Cliffe as a Half-Life modification. A decade and a half later this iconic game is still topping Steam’s chart of concurrent users. Here is how Counter Strike came to be one of the most played games in the world:

Minh ‘Gooseman’ Le was a Vietnamese-Canadian computer game developer who made his first mod in 1997 for Quake. The game was pretty much the prototype of Quake and included emblematic features of the first-person shooter such as flashbangs and headshots. A year later Minh, who was in his senior year of university, began working on a mod for Half Life. He reportedly spent more time working on the mod than attending classes and doing schoolwork. The beta version of Counter Strike was released in June 1999. The mod proved an instant hit and several more beta versions were released in the following months.

By the fourth beta, Valve had already noticed the popularity of the mod and began assisting with the development. By April 2000 the company had acquired both the rights to Counter Strike and had hired Minh and Cliffe to work on it in their Washington office. The two young developers were working on Counter Strike 2, but Valve froze the project indefinitely. The first retail version of Counter Strike was released in November 2000. Six official versions followed after that, the latest being 1.6 in September 2003, which came out with the release of Steam. About half a year later Valve closed its old servers and all online multiplayer Valve games were transferred to Steam.

Counter Strike’s strongest feature is its emphasis on realism. It differentiates from games such as Battlefield and Call of Duty, as it tries to stick to simple environment but skill-demanding gameplay. Gooseman himself never thought that the game would last for such a long time. He says he expected it to die out in the first couple of years and admits that Steam’s involvement in the development had attributed to its longevity. When asked about the future of the first-person shooter genre, Gooseman said he wanted to see a change in player movement. For him, introducing dynamic movement seems like the most appropriate evolution path for the genre.