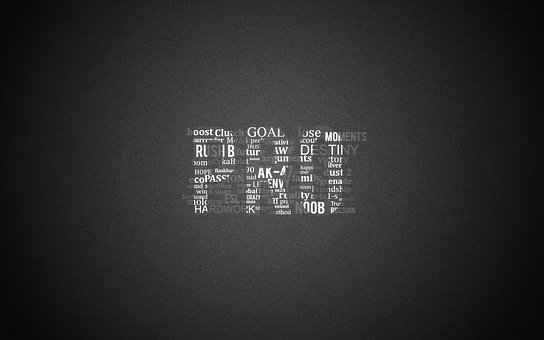 Today I love to talk about an integral part of my computer / technology career. Unexpectedly, it was my skill at a game called Counter-Strike. I want to give my readers my knowledge that helps me to be considered a kind of “expert” in the field of play. More than anything, I want to teach you how to be the best at it. Also, I want to discuss the significance it has in my life and the potential that it should touch the lives of others as well.

I can’t imagine life without Counter-Strike (specifically version 1.3 one).

Needless to say, you can tell that I am nostalgic about that. I heard about the latest version that Counter-Strike makers are developing now, namely Counter-Strike Global Offensive. I can already see how important your experience of playing Counter-Strike 1.3 is to be good on that latest version; Which can be especially useful now that at these things tournament, you can get something over a million dollars as a prize.

how about being good at counter-strike 1.3? Number 1, Brightness. Enemies are hard to see with the game’s default brightness. That is, if you are not a game server this is a necessity (this may seem unnecessary but believe me it. Sounds absurd but it doesn’t). So, to be able to do this, type “de_dust maps” in the console. Wait for the console to take you to (guess where) de_dust. After, click ~, and type and enter on the console “brightness 999.” After that, enter “map de_dust” again. Wait for it to de_dust you again. Just now, it has perfect brightness which will definitely help you to differentiate between someone who is your enemy and your friend in the game.

]Before even starting to play the game, go to the controls section. After that, change how you can buy with F1 instead of B; and how to buy bombs with F4 instead of M. For those of you who are curious, this will make you buy weapons, ammunition and bombs faster which will make you more efficient in the game. Note, buy ammunition with F1 + 6 and F1 + 7, instead of alternative versions. Trust me.

Don’t be a server as much as possible. This is quite important. The most important reason why you won’t be able to use technique number 1, which is the brightness part. There is no way to do it. Plus, if you’re playing at an internet cafe, which is likely the case (because it’s the easiest way to play it with other people; trust me), you can’t stop whenever you want because you’ll be annoying other players. When you exit the game, other players will be disconnected from the game as well. I wouldn’t worry so much at this particular technique, but I just thought you should know something about it.

Choice of weapons. Let’s face the elephant in the room. The only choice of the best weapons for this game are snipers. Pair it with the F1 + 1 pistol and you have the perfect combo. The key here is practice. Practice using the sniper one so that you kill the enemy precisely as quickly as possible and you will always be good to go. Plus, if you master using a gun to kill enemies with a headshot that will be a plus. Not that I am overselling, you can try other weapons but this will always be the perfect combination / one.

Number 5: Strategic position on the game. It is about where you go on the game (the path you choose). The trick here is to choose maximum efficiency. What I mean here is to choose your position on the game so that you balance your safety and your ability to kill enemies in the best possible way. Players in this game are very vulnerable. You can be killed in an instant. Protect yourself as much as possible without losing your ability to kill enemies. Since you’ve chosen the perfect arsenal of weapons, it will be like taking a walk in the park. With snipers, choose a place where you can use them in such a way that you are hidden but at the same time have the vision to hunt your prey.

Number 6: Map options: You only have three options for this: cs_deathmatch, de_dust, de_dust2. Why? It’s really tempting to say just because when you’re into the game, because that’s just the way it is. However, for the beginners out there, that is only that way because it’s going to make the game fairer if you know what I mean. There is no special treatment and / or unfair advantage for both teams. Therefore, players enjoy the game equally (which is always a good thing).